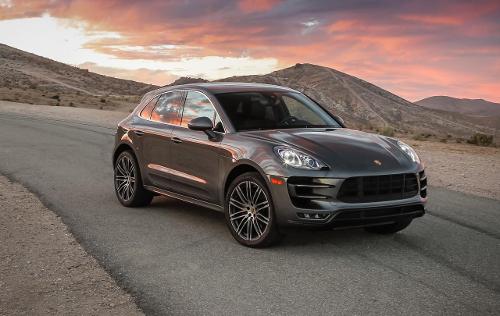 What it is: 2016 Porsche Macan Turbo, five-passenger small/midsize SUV

Pros: A 400-hp, all-wheel-drive Porsche you can haul your family in.

Cons: Not spacious, gas thirsty and my God does it have buttons.

Would I Buy it with My Own Money: That I am a person who now answers this question “yes” has made me reconsider my priorities. 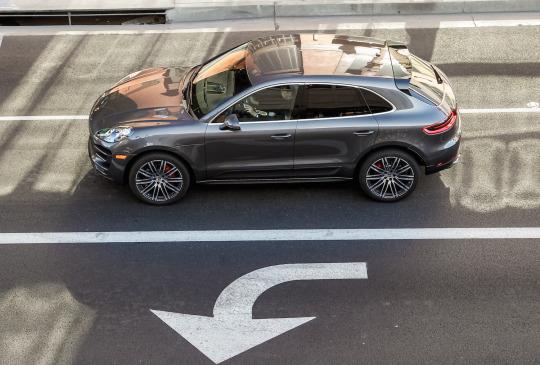 “Sir! Sir!” The shouts came from behind me as I was walking through a mostly empty parking lot toward the 2015 Porsche Macan Turbo.

That strangers accost you in public ranks high on the signs you’re driving something special. After a week with the 400-hp Macan Turbo, I’m down for trading most other cars, too.

The time for bemoaning that the world’s greatest sports car builder now makes its money off family haulers has officially ended. It made some sense to rend garments when Porsche brought out the Cayenne, which looked like a 911 cross bred with a bouncy castle. It’s far less valid with a car as thoroughly engineered and almost perfectly styled as the Macan Turbo.

While it shares some basics with the Audi SQ5, the Macan has enough changes under its taut skin to count as a wholly different machine. It’s 3.6-liter twin-turbo V-6 can shut off at stoplights and then spin to 406 lb-ft of torque at 1,350 rpm, enough to turn every mundane run into a drag race. My tester had the optional 21-inch 911 wheels, and with them the Macan Turbo has an athletic stance that’s rare even in its class. 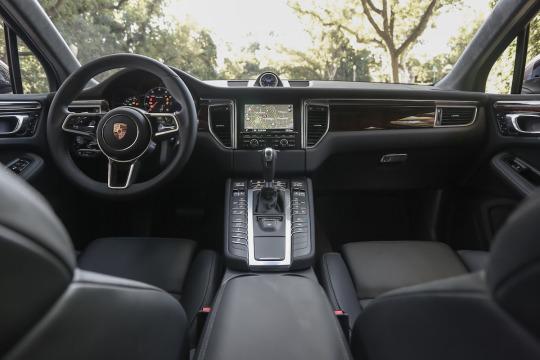 Sixty mph can arrive in 4.6 seconds — about as fast as a 911 Targa — and no matter where you drive, you have the power to become the local autobahn authority. But it’s not a wild 400 hp, partly because the 7-speed dual-clutch automated manual transmission keeps the herd’s output on the polite side, and partly because this sculpted loaf from Leipzig weighs 4,244 lbs.

The real magic lies in the suspension; despite that mass, and its elevated ride height, the Macan Turbo feels solid without transmitting the road’s punishments to your posterior. There’s near-zero body roll; the active suspension management will lock down at higher speeds to ensure that, and while the twin-turbo can have a bit of lag around town (especially when it shuts off at stop lights to spare fuel) there’s no such concern anywhere between 10 mph and 70 mph — or more.

Want another sign Porsche still reflects its race-car heritage in its most family-minded of vehicles? Look closer at that dashboard: 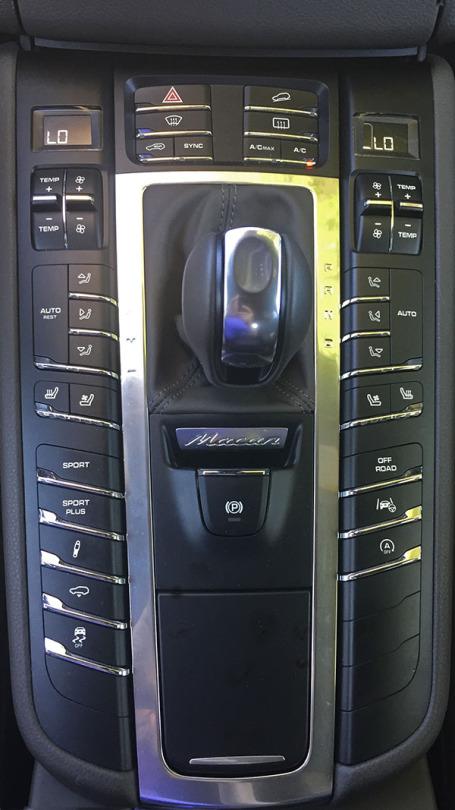 Racers don’t use touchscreens — they can’t take their eyes off the road for that long and they don’t work through gloves anyway. More than any other automaker, Porsche remains committed to the dominion of the button and knob over the tap, with just a 4.8-inch touchscreen for nonessential functions. It’s an overload, but a fun one; setting into the Macan Turbo feels like readying a plane for takeoff. Where lesser makes would use one button for suspension settings, Porsche has three. The downsides include easy confusion and odd placements; I accidentally turned on the heated steering wheel a dozen times because its button is hidden between the lower spokes of the wheel itself.

And the Macan works better as a high-riding sports car first and SUV second rather than vice versa. Cargo space lost to fashion in the design department; consider that the Macan has a five-inch longer wheelbase than the Acura RDX, but the Acura has 47 percent more storage space behind the rear seats (17.7 cu. ft for the Macan, 26.1 cu. ft for the Acura.) The back seat was kid friendly enough, but low and a little tight for taller adults. There’s one USB port. And not that fuel economy matters at this level, but: the Macan’s 19 mpg combined rating isn’t bad for a 400-hp car — it’s filling the enormous 19.8-gallon tank with premium gasoline that will remind owners of what they’re burning.

Porsche has long been champion of option pricing, and compared to some stickers I’ve seen the $17,125 jump from the base to the bottom line ranks as average. (The smoking package — with an actual cigarette lighter and ash tray — was free.) You could get most of these options on the non-turbo Macan S and save about $15,000, or a few hundred dollars a month on a lease, the way most Macans leave the dealership. It’s a sensible argument that most buyers will take. But they may never make new friends in the parking lot.